The global reform of the old Hotel Convenciòn, now Novotel Madrid Centro, represented the most recent intervention as far as hospitality is concerned. This happened in Madrid, the third European city by population (3.165.000) after Berlin and London. This four star hotel, equipped with 790 guestrooms and almost 7.000 square metres of public areas, 2.500 of whom dedicated to meeting rooms (23 multi-functional and of different dimensions), is the second hotel in Madrid by the number of rooms, and the biggest Novotel in the world.

WHAT WAS THE CONCEPT OF THIS ARCHITECTURAL PROJECT?
The main aim was the will to return the city this splendid hotel. The building, with a U-shaped plant, occupies an entire
block, built in 1978. It has a severe look, like that of a block of flats, and an inner access accessible from a covered passage crossing the two arms of the U, which form a big inner square. These morphological characteristics, with the façade and the exterior architecture, make the appearance of the building quite homely. Another aesthetic drawback are the shops inside the hotel, which extend themselves along the perimeter of the building. They are independent and have their own style. Who wants to walk along the perimetral pavement has no feeling of walking around a hotel. This was a great obstacle in the modern context, where the communication between parts is essential. The architect could not modify the facade, so the intervention concerned the possibility of unifying the language of external elements, creating a model look for the shops, and bringing out the car access. The purpose was to ‘humanize’ the building by transforming the big internal square. This area was dedicated to the arrival of taxi-cabs, cars, buses, and had a narrow and short platform roof, like those of parking areas and service stations. Now it has become a convivial location where people can chat and make photos under the new, bright, beautiful projecting roof covering most part of the square. Its great dimensions render it a captivating architecture, catching the attention of pedestrians walking
around the building. The first challenge was to put in contact the hotel with the city, creating a sort of dialogue between the exteriors and the inhabitants.”

IS IT POSSIBLE TO SUMMARIZE THE PROJECT METODOLOGY APPLIED TO NOVOTEL MADRID CENTER?
After the focus on the building’s aspect, on its ‘dialogue’ with the city, we put it in a wider urban context: its centrality and its proximity to the most important cultural centres of the city (Prado Museum, Reina Sofia, Thyssen Bornemiza) and, above all, its vicinity to Madrid’s green space (Retiro Park) have been a source of inspirati on to create a link to the final project, something more than just an idea, but a timeless link reflecting the life-style of the citizens and fascinating tourists: the big open spaces and the contact with nature. The square, icon of Madrid’s life-style, and the nature, timeless icon connecting the hotel with the Retiro park.

At the end of 2013 IHP won a contest for the total renovation of the building. This was organized by the owner: Santos family. The proect should include every technical services that IHP is able to offer: architecture, engineering, design, internal equipment, the project and the licence management.
During 2014 we developed many projects, studied a work strategy and decided that there would have been four phases (one during the hotel closure – 6 months, from May to November 2015). The team then announced a competition for the award of the work, which should start at the beginning of 2015.
During the project’s development the owners came to terms with Accor, through its hotel mark Novotel. This meant a considerable effort for IHP, responsible of the project in terms of aesthetic appearance. During the first phase (1/4 of the total surface) we have worked in 200 guestrooms and some public areas, like a new entrance at one side of the building,
and the complete transformation of the restaurant, expanding the visibility from the outside and from the inner square.
The second phase was the most difficult one, both for the few available time (only 6 months, from May to November 2015), and for the bulk of the work (4000 square metres), affecting the public areas and 200 guestrooms. At present the phases 3 and 4 are in progress, then we will work on the two upper levels (the 7th and the 8th floors) which will host some areas dedicated to exclusive meetings, wellness and massage areas, a gym, an outdoor swimming pool, a terrace and a café.
We would like to complete the work at the end of 2016, with a final investment of 30 million Euros.

WHICH ACTIVITIES DID YOU CHOOSE FOR THE INTERIOR DESIGN?

The interior design project idea for the Novotel Madrid Centro arises from the will to put the hotel in contact with nature. The proximity of the Retiro Park was a motivation and an inspiration to face this challenge, both for the dimensions and for the state in which the hotel was, as it was never renovated since its opening, in 1978.
The intervention tested our skills as a multidisciplinary team. Therefore, the interior design project has to dialogate with the service and infrastructural project, subject to a complete renovation. In every intervention the results of the coordination among our designers is highly visible.

The guest arriving at the hotel, going through the central square, finds itself in a wood of steel trees with a green glass cover, supported by a steel plate with wrought leaves.
The hotel entrance, with big green walls, reiterates the idea of two great forests; the central line of the hall, with its principal pillars, reminds of trunks, while the back wall (a lavish space of 80metres of length) has a three-layer glass cladding background stage, with a three-dimensional screen printing. Nature has no straight lines, so we proposed this kind of language not only in the claddings, but also in fabrics, wood and in carpets, in order to conceal the only material which the owner wanted to maintain: the marble floor.
The colours of earth, brown, beige, grey, play with the two neutral colours: black and white. White is the background, the hotel’s common denominator, present in every ceiling, in the pillars of the hall, in the illuminated counters and in the base of three fireplaces hanging from the ceiling; black is the connection between ground floor and basement floor: a continuous line which enters and exits from the vertical walls of ‘luxury’ areas, giving a feeling of people oriented spaces and elegance.
The cafè is the most transgressive space, with a great ‘videowall’ partition and a backlight cladding, catching the attention of people and inviting them to socialization. Its counter is 6 metres long, a steel piece marking the hall’s perimeter. If you look around you can enjoy the best view of the hall, that with its 80metres of length wants to give us a united message made up of natural elements.
At the lower floor, big halls and vestibules become relaxing areas and open spaces, offering many configurational options, with 23 different rooms suitable for any event.

The central vestibule of the main hall is now visually and physically united: connected from one corner to the other for more than 80 metres of length.
The mink finishings and the soundproof panels, which host a warm and fair light, give a sense of a temporal calmness and elegance. In the guestrooms we wanted to develop a timeless aesthetic, using warm colours – beige and brown – with discreet touches of colours, adapting the project to Novotel’s requests: light maintenance materials, like the floating floors and the walls in vinyl wallpaper.
The warm lighting contributed to the creation of an elegant location, distant from the current trends.
The bathrooms, with elegant and warm-coloured claddings, have been completely renovated and provided with spacious showers. In the hallway we put great attention in the choice of new doors, as they had to respect the ambitious requisites of Novotel.
Thanks to the contrast between the dark shades of the wood and the light shades of the beige doors, of vertical panels (the only original cladding) and of the carpet, we obtained a relaxing and harmonious atmosphere.

HOW DID YOU RESOLVE THE ILLUMINATION?
The illumino-technic project was realized with respect to the norms dictated by Accor. We employed a LED illumination system in order to guarantee energy saving, long lasting lamps and less costs of maintenance. On the main floor we made sure to provide the best illumination in order to make the hall stand out. We used a high-impact lighting system called ‘Via Lattea’, the result of a collaboration of experts: a 32m long structure indirectly illuminates the hall. At both ends of the lobby we decided to create a sort of indirect illumination by modeling on the ceiling a series of craters of different circumferences, helping to transmit the warmth and the feeling of a peaceful rest. In general, the other areas follow the same language given by the lighting, which determines the spaces and makes them proportionate. At the lower level, in the areas destined to halls, this balance of proportions is much more evident in the use of soundproof panels of different formats, installed in the ceilings.

INTERNATIONAL HOSPITALITY PROJECTS (IHP) is a society made up of the best professionals of the hospitality sector. It has the best experts
team, gifted with great skills, which provides technical services used to the achievement of successful projects, in the field of hotels and real estates.
IHP allows clients to have a single interlocutor, who organizes the entire process and the vast range of services, making them more easy and open. This is a reply up to the project needs and up to every realization phase of the new hotels. IHP offers: consultation for hotels of any category; architecture and engineering services, project management, sustainability and facility management, interior design, bust also FF & E. 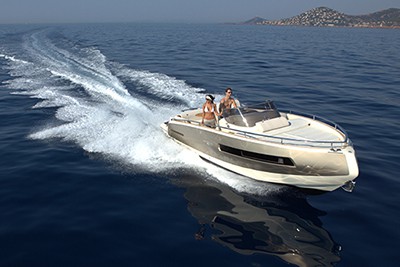 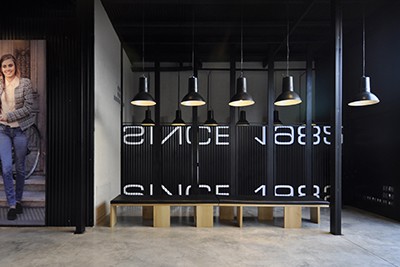