In particular it presents: Inhabits - Milano Design Village, the first edition of the event dedicated to housing units, in Parco Sempione. DOUTDESign, the collective of young designers under 35, in Via San Vittore 49. EAT URBAN Street Food Festival, the open-air restaurant of Zona Santambrogio. A calendar of events dedicated to design and entertainment for the whole week of the Fuorisalone.

Zona Santambrogio is one of the youngest district of Fuorisalone and it promotes daily its program of exhibitions and events through the website zonasantambrogio.com and with the paper map, available during the week.

Zona Santambrogio Design District is part of the Milan Fuorisalone.it circuit that combines all the events in Milan during the period of the Milan Design Week, supported by the City of Milan.

The first edition of an event that brings to Milan a village dedicated to architecture and urban living, surrounded by the green of Parco Sempione

Milano, Parco Sempione, 4th - 9th April 2017 - Inhabits - Milano Design Village, the first edition of a unique exhibition of its kind, dedicated to the world of design and architecture and to the ways of living and to live the urban space. Protagonists of the event, from 4th to 9th of April, in Piazza del Cannone in Milano, are the housing units and the traveling urban spaces. Throughout the week five housing units will be exhibited and can be visited, Italian and international, and some design projects dedicated to urban sustainability and renewable energy.

The event also hosts “Red Bull Studio Mobile present sound tag”, the brand new recording studio on wheels: a sound laboratory where the public participates in the creation of the soundtrack of Fuorisalone. Everyone can indeed leave their "sonic signature" and contribute to a collective composition. During the week, the Studio will also host sound designers and musicians that will take part in the installation with talks, workshops and performances.

An area of 700 square meters surrounded by Parco Sempione, near the Castello Sforzesco, where the public of the Milano Design Week can visits the installations, stop, recharge and entertain themselves every day with the musical events, with a

daily evening program of concerts and dj Set on a stage of 80 square meters designed by a studio of young Italian architects. A Food Court with the best of street food is present throughout the week. An event created by Re.rurban Studio, founder of Zona Santambrogio Design District, in co-production with Killer Kiccen, sponsored by the City of Milano and ADI-Italian Design Association.

The fifth edition of the collective of designers under 35, in the former convent of Via San Vittore

Milan, Via San Vittore 49, 4-9 April - Zona Santambrogio Design District, official district of Milan Design Week, presents the fifth edition of DOUTDESign dedicated to the theme of environmental and social sustainability with the theme DESIGN TO SAVE, CHANGE, DREAM THE WORLD. The 2017 edition of DOUTDESign, which takes place in the headquarter of the district, the former convent of Via San Vittore 49, is an invitation to young designers under 35 to question themselves about the potential of design in the world of social and environmental sustainability.

DOUTDESign exhibition will host projects by young designers, emerging start-ups and innovative companies in the sector of furniture, innovation, sustainability, makers, accessories, interior and product. On display projects, strategies and services that can play a decisive role in the evolution and improvement of the society: attention to issues related to environmental sustainability, the life cycle of materials and products, the environmental impact of production. A week of exhibitions and each evening performances and musical events. The event is open every day of the Fuorisalone from 1oam to 11pm.

Finally EAT URBAN Street Food Festival, entirely dedicated to "street food", in the beautiful setting of the secret garden of Via San Vittore 49, which on this occasion will transform the magnificent courtyard in a large "En plein air" restaurant, hosting some of the best gourmet food trucks and Apecar coming from all over Italy. 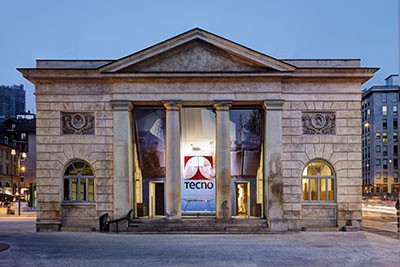 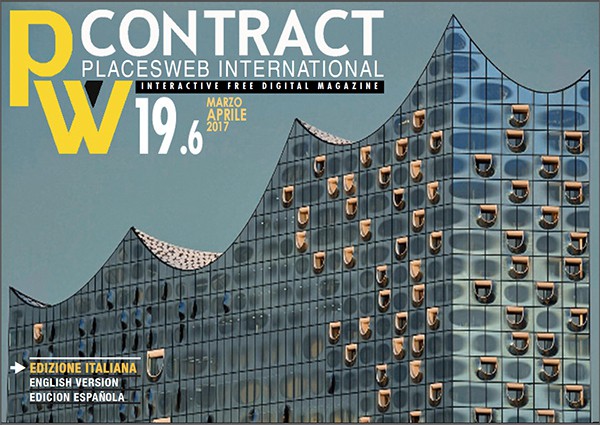